The National Pensioners Federation held their 74th annual convention in Regina, Sept . 25 – 27 at the DoubleTree hotel. The theme of the convention was “Recognizing Older Citizens in Kanata” (ROCK). The gathering of over 80 seniors from across Canada was to debate and pass resolutions dealing with seniors’ issues, set priorities for the upcoming federal election and to elect an executive. In addition, the seniors held a rally at the legislature on the 28th.

The seniors voted unanimously to endorse Pharmacare as a universal program for all Canadians, change legislation to ensure pension security, urge governments to end the privatization of health services, and to develop a National Seniors Strategy – housing. These will be the pillars of advocacy for NPF in the period preceding the next federal election.

Herb John (International Day of the Older Person – chair) spoke about IDOP and the need for all Canadians to recognize Oct. 1 as part of the UN Declaration of this special day. 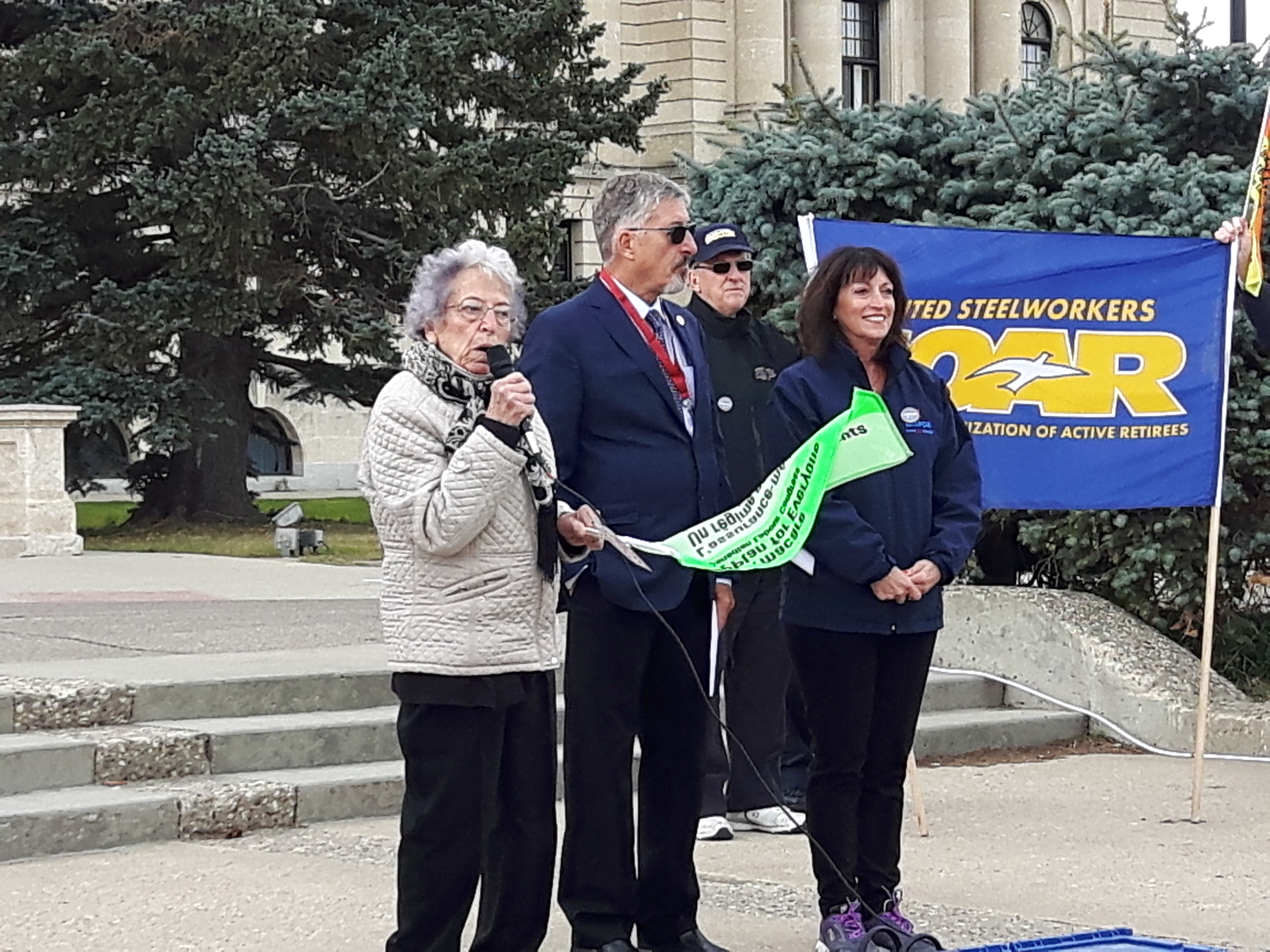 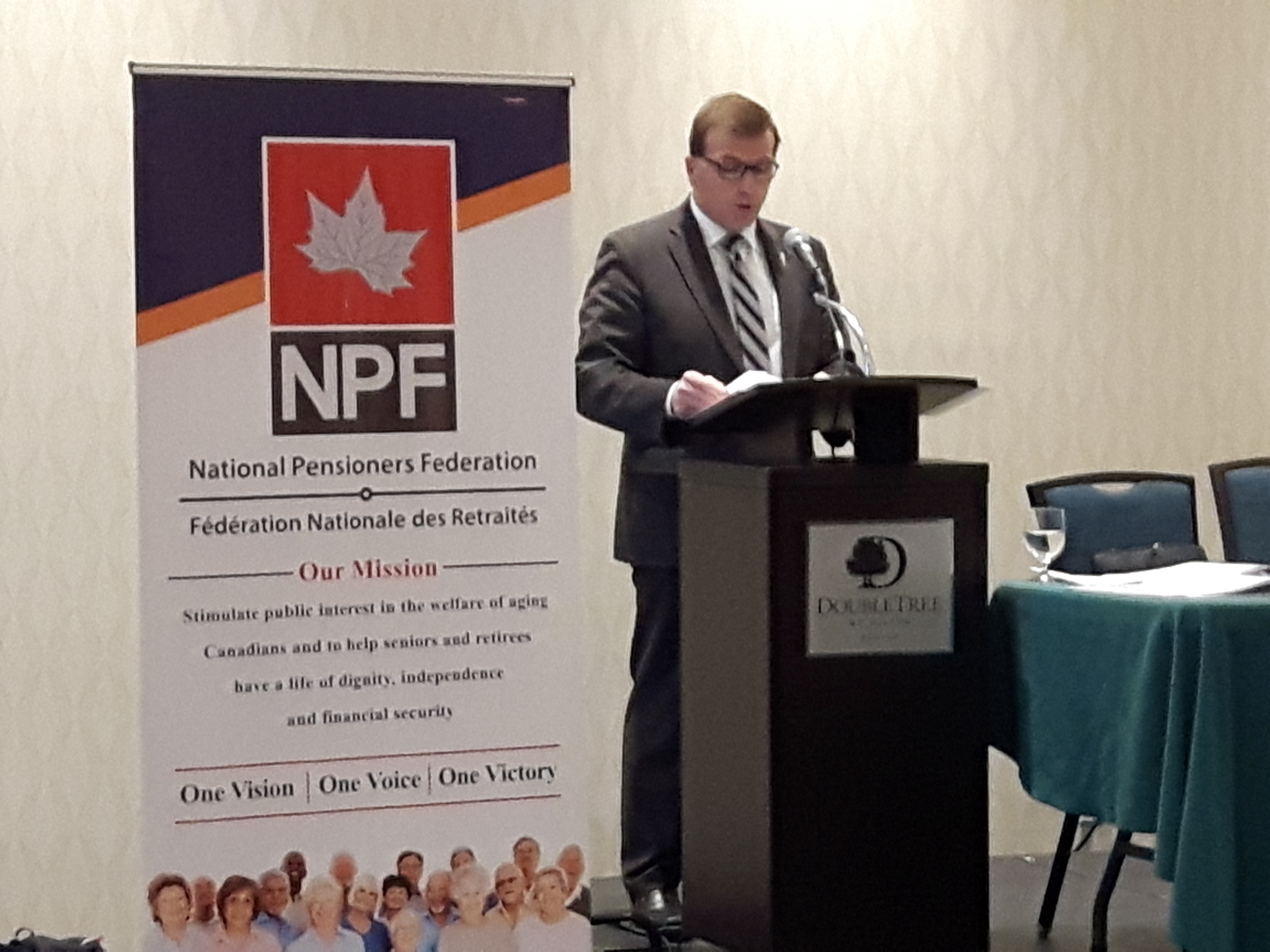 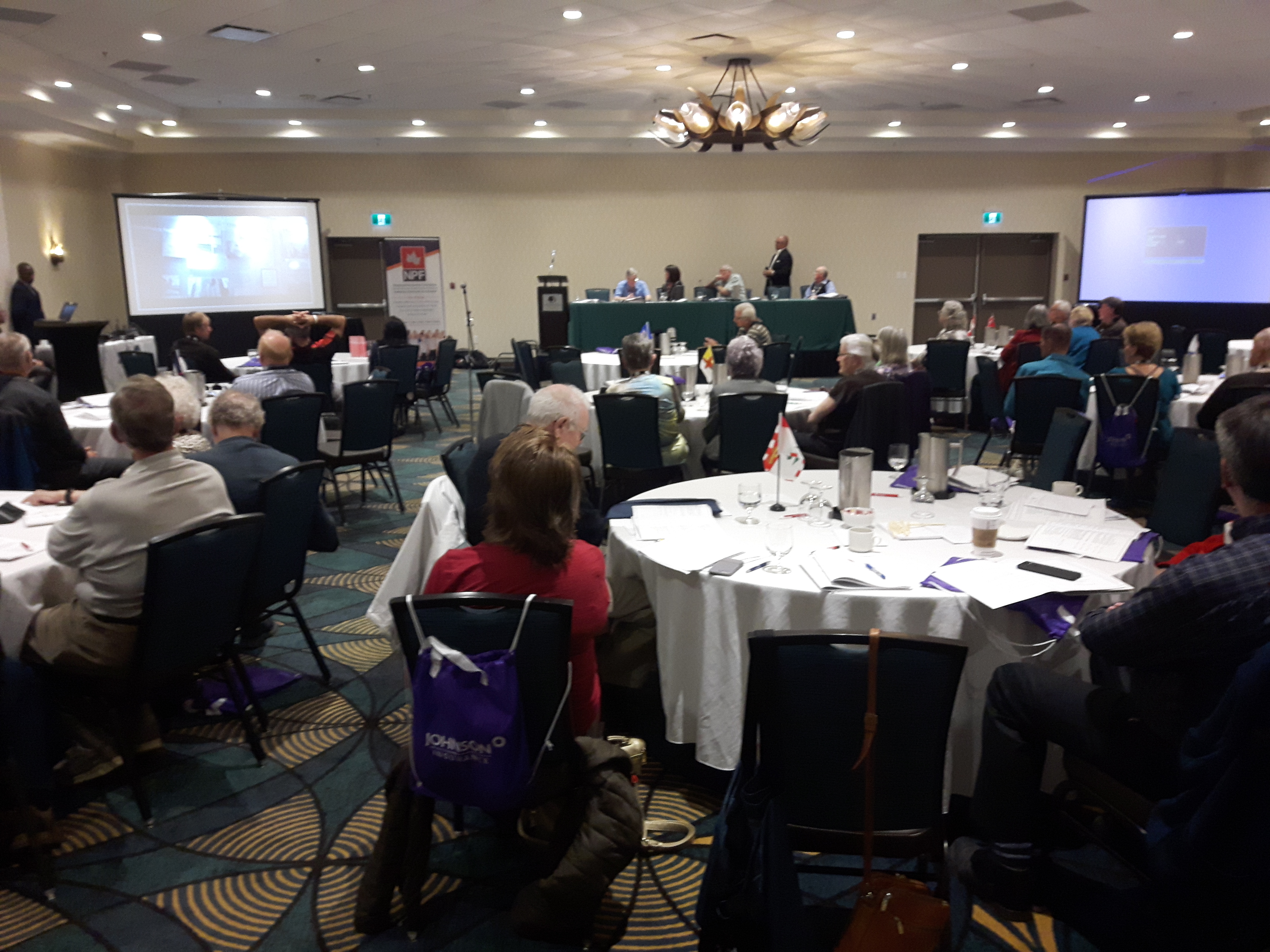 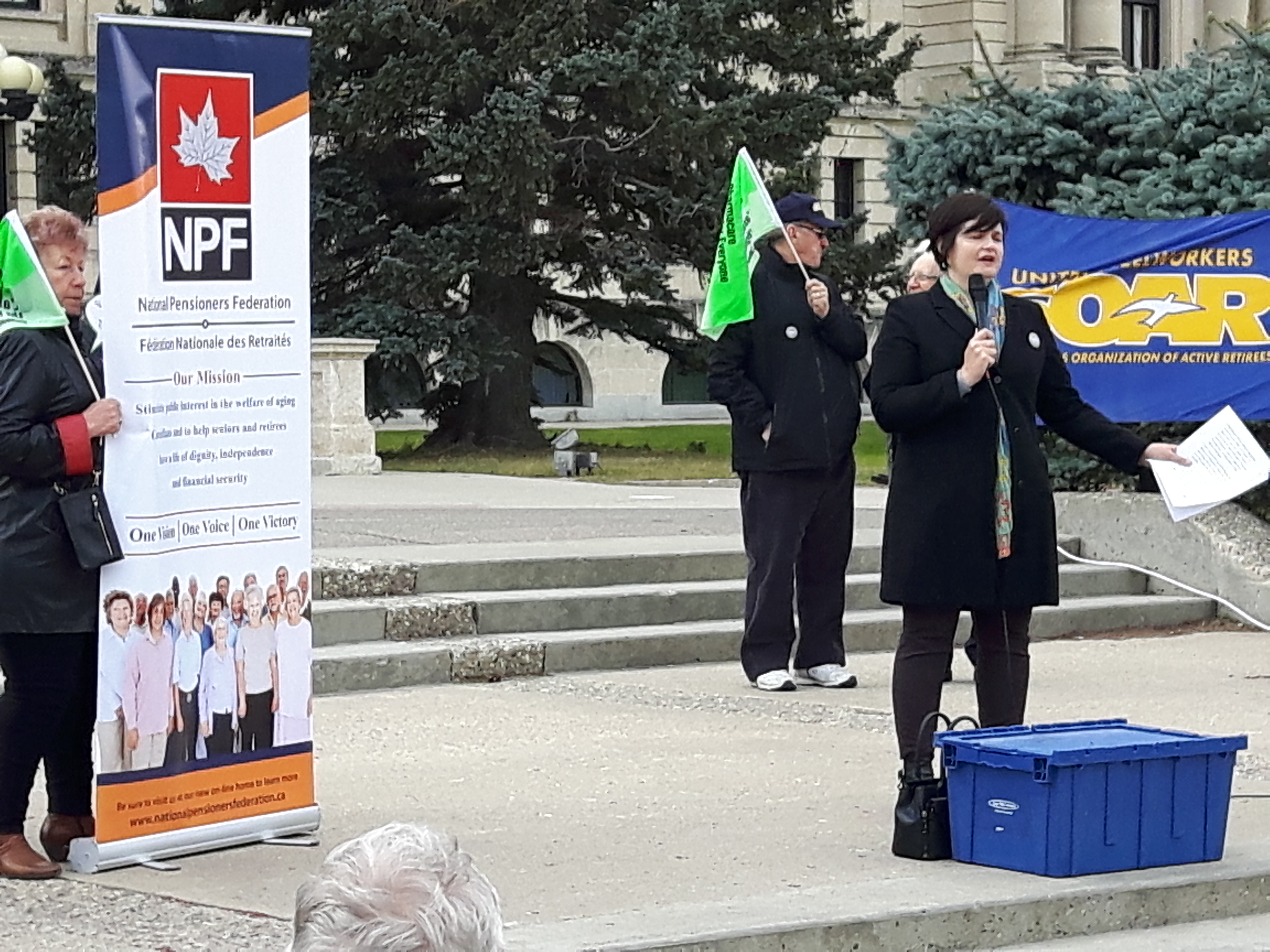